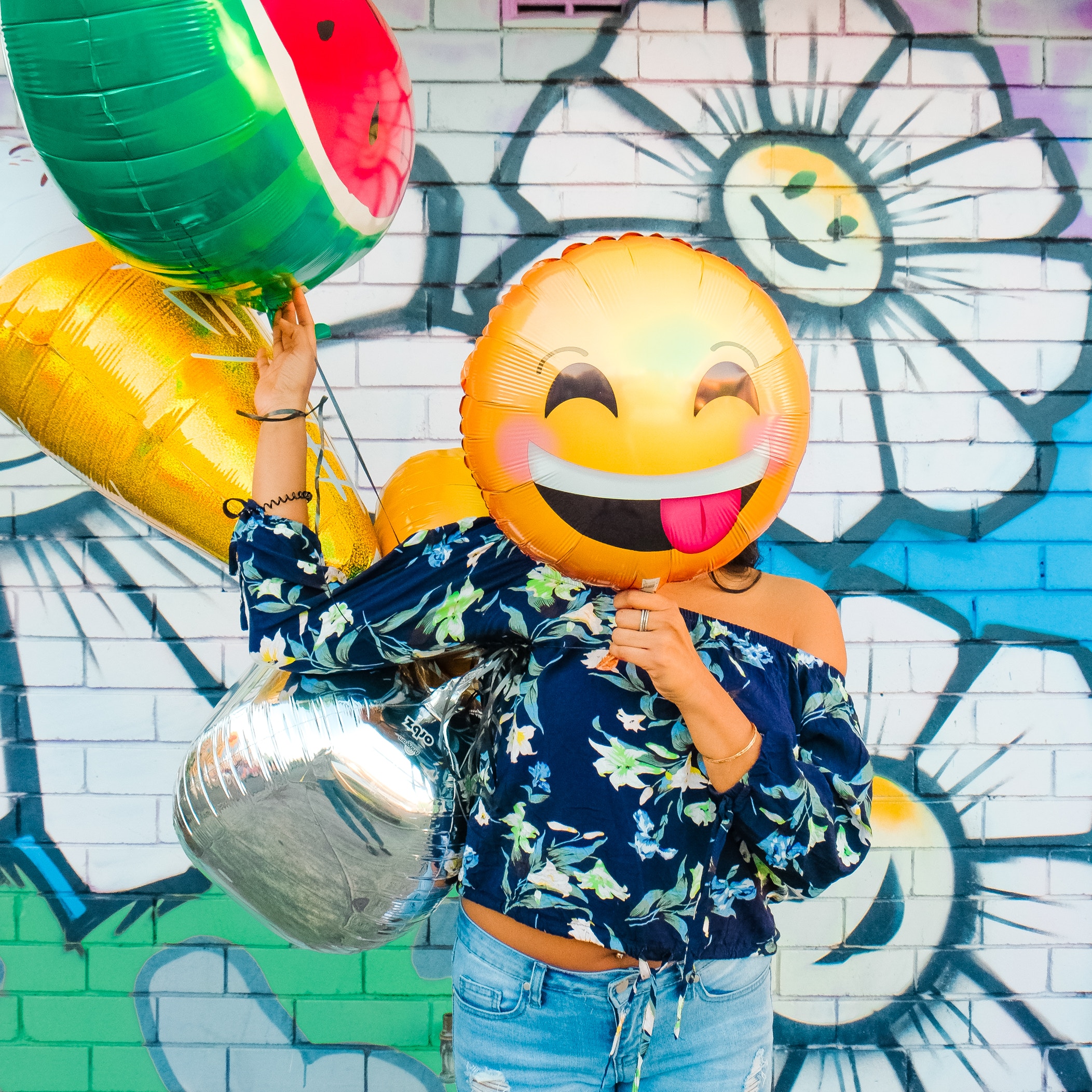 Is laughter the best medicine. Turns out laughing has some surprising effects.

It is a saying that is as old as time itself.  Laughter is the best medicine. Even Lord Byron was quoted as saying you should laugh as often as possible, as it is a cheap medicine.  Most of us enjoy a good chuckle, but is it really a miracle cure-all? Well turns out the men (and women) in white coats conclude that laughter really is one of the best medicines available.

There is a wealth of scientific research available on the internet, from research stating that laughter is essential part of preventing heart disease, increasing resilience to serious illnesses such as cancer,  to its well known positive effects on mental health and seems to be the secret to leading a long and happy life.

All this from something you have been doing since you were about 3 months old. If only we knew this wealth of research when we found ourselves in detention for being the class clown.

Did you hear about the introvert that held a party? Nobody was invited.

Whilst for some, the thought of a group outing can be more uncomfortable than having your prostate prodded, it seems that scrolling through memes or watching re-runs of classic comedy alone does not cut the mustard. If you want to get the full benefit of all those feel-good hormones when you are feeling blue then you are best heading out to a group setting. Psychology Today says that Laughter is essential for social bonding and maintaining good relationships, and is so essential that it is actually a reflex.  This would explain why laughter in a group setting or audience is so contagious.

Well if laughter is the best medicine, what are the possible side effects?

In a  particularly Scrooge-like Christmas edition of the British Medical Journal, authors Robin Ferner and Jeffrey Aronson came up with 15 unfortunate side effects from laughing.

“It turns out that what is called ‘the best medicine’ occasionally causes harm,” Ferner, a clinical pharmacologist, told TIME.  “Most of the time it makes people happy, but every now and again it kills them.”

Oh Ferner, you are literally killing me.

Personally, if I am going to pop my clogs,  I would much rather go out laughing than any other way.

Plus all medicine has side effects, how bad can laughing really be?

Apart from the occasional death from humour-induced heart attacks,  the more common risks of laughing include inhalation of foreign objects like gum and popcorn, actually peeing your pants, and ‘weakened resolve.’  We are unsure as to why this last effect may be a bad thing,especially if it increases your chances of scoring a date.

Like all medicine, turns out there are risks.  However, we feel the benefits of a longer life, better emotional resilience, stronger relationships and healthier heart outweigh tte small risk of death.  Take that Ferner! *blows raspberry*.

Careful lads! all that laughing could kill you.

But how do I get my fix?

Oh let us count the ways…. 4 ways in fact, that you can get your funny fix.

Yes, you heard that right.  Laughter Yoga is actually a thing.  Apparently forced laughter has just as many benefits as spontaneous laughter.  From the Youtube videos, laughter yoga looks like my idea of personal hell. Chasing balloons, leaping around, pulling faces and speaking gibberish to strangers is not my idea of fun. Nope.  However, I also note that Isabelle Gerretson had the same fears when she had to carry out some practical research on Laughter Yoga for the Independant.  Turns out she had a ridiculous amount of fun, and left feeling relaxed and energised.

2. Watch a funny movie or play.

It may sound obvious, but maybe you just need reminding that taking time out to laugh uis just what you need.  Why not invite a good friend round, choose your poison from one of the many brilliant movies and series on Netflix and get chortling. Given the obvious health risks of laughing, you may want to skip the popcorn.

Social Circle recently went to see the Play that Goes Wrong by  Mischief Theatre at the Opera House. Tears were shed, ribs ended up sore from laughing, and a good time was had by all.  You will be glad to know that the same theatre company are performing ‘A Comedy about a Bank Robbery’ at the Lowry theatre from 11- 15 September 2018.

If your funny bone is in need of a serious tickle, then you will be glad to know that Manchester has a number of comedy venues that can provide you with some much needed humour.

Early in the week, Xs Malarky run cheap nights showcasing up and coming acts on the comedy circuit. Mid-week, take yourself to the Frog and Bucket where you can order a curry and beer as a side to five acts of comedy or one of the comedy nights at your local pub.  If that isn’t enough then head out to the Comedy Store at the weekends to catch the big name acts.

Psst!! – Want to go to a comedy club and meet new people with your kind of humour? How about if we told you it was free?  Click here to find out more.

4.Turn Humour into a Holiday.

Sometimes you just need to get away from the grind and enjoy a weekend away from your troubles.  We can’t think of a better way to relax than to explore a new city and catch a comedy festival. In fact, it has become a  Social Circle tradition to spend the August bank holiday at the Fringe festival in Edinburgh. Steve organises it all, from the 4* accommodation to the fine dining.   This year we danced in the street to silent discos, used our mobile apps to generate laughs in Foxdog’s Studio’s  Robot Chef and had the privilege of seeing award winning comedians such as Harriet Kemsley and Mat Ewins. Of course, we also got to scratch our culture itch, by seeing the Tattoo, meeting emerging and established authors at the Edinburgh Book Festival. 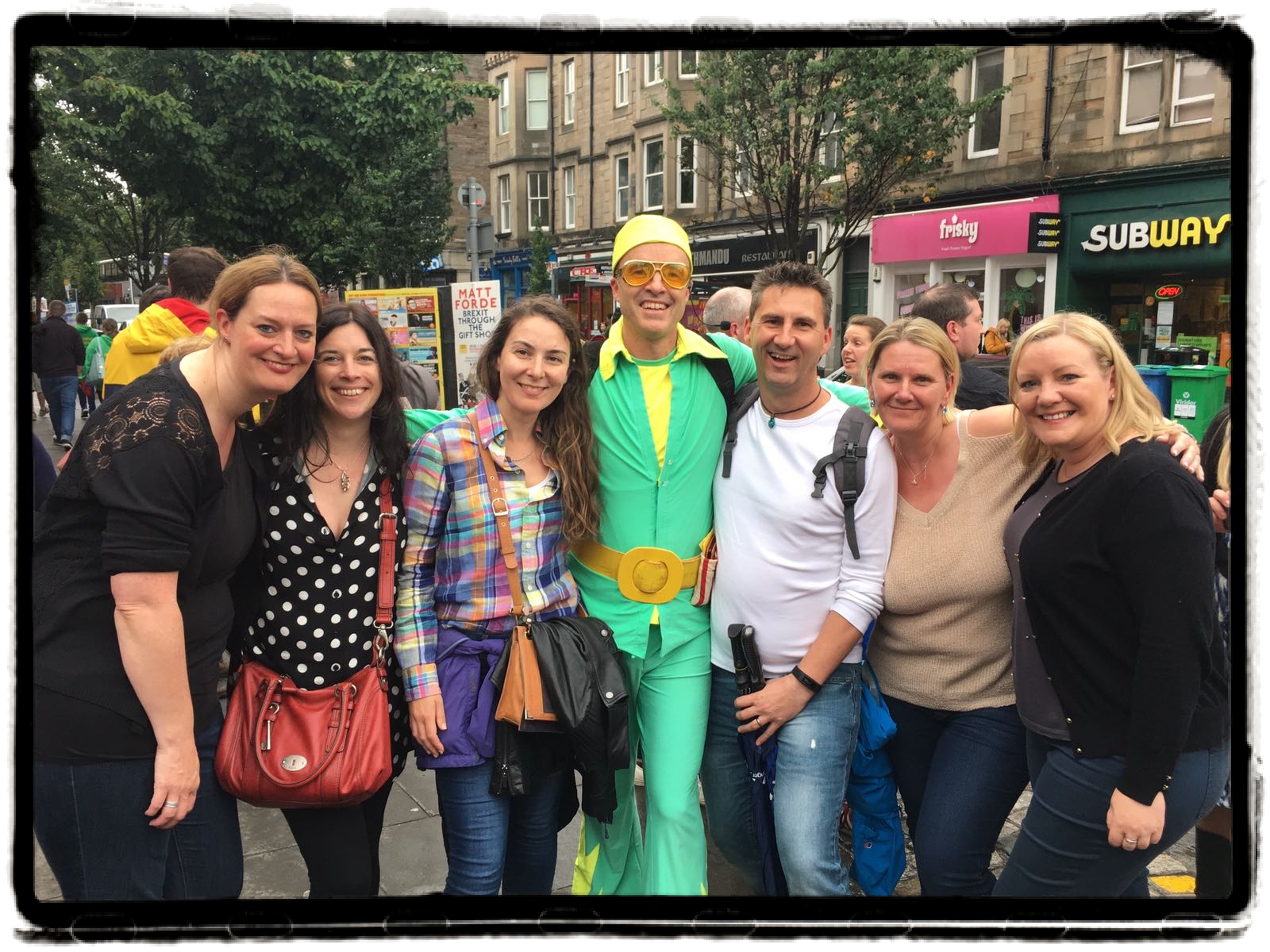 So what tickles your funny bone? Tell us your best anecdote, joke or even just share a meme in the comments.